Sensei Ligo and a Seismic Shift at Ligo Dojo

At 46 and against all odds, Sensei Ligo took 6th place in Kyokushin-kan’s World Open Kata Tournament in Japan in May of 2017. At the same time the student body at Ligo Dojo was reaching a level of maturity (in training) that has facilitated a seismic shift. A dojo, in its purest sense, is a place where an instructor develops his/her art, and those students who can show their determination, and follow along, AND the instructor, moved by the students’ determination, then gives his/her students the best that he has to offer. For the three years prior to the World Tournament, and in the years that followed, Sensei Ligo has been re-prioritizing to focus on the development of his own art, while applying gentle pressure on his students to follow in a way that benefits them the most. Our Team Training philosophy is the latest step forward thus far in this seismic shift underway.  The students remain at the cutting edge, because as it arrives from Japan, the students get it, too.

A native of Chapel Hill, Sensei Ligo has practiced Kyokushin Karate for 37 years. As well as being Branch Chief for the Kyokushin-kan International Karate Organization in the Triangle Area, he is National Technical Advisor for Kyokushin-kan in the U.S.A. He regularly takes students with him for training opportunities in Japan, and is now being invited to other US dojos, and even to dojos in other countries, to share his knowledge. Sensei Ligo is a graduate of Davidson College in NC, and the only American to hold a certificate from Mas Oyama’s legendary uchi deshi (residential student) program in Tokyo, where he was a personal student of Mas Oyama in 1990 and 1991. Since joining Kyokushin-kan nearly 17 years ago, Sensei Ligo has traveled overseas over 50 times, mostly to Japan, to attend seminars held by a handful of the world’s best instructors, including especially Kancho Royama, Soke (Shihan) Okazaki, and Shihan Ishijima (see Affiliation page to better understand the significance of these instructors).

Sensei Ligo, then 20, fighting with Japan Champion Masuda Akira, when training as a personal student of Kyokushin founder, Mas Oyama, in Japan. Sensei Ligo was the 7th fight of Masuda’s 100 consecutive 90-second fights done that day. 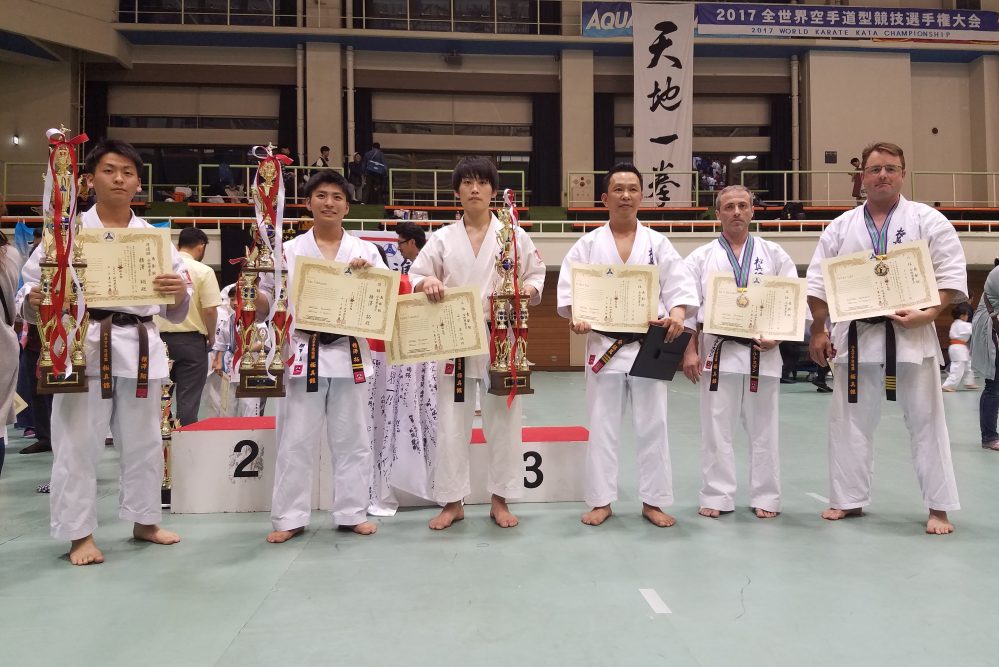 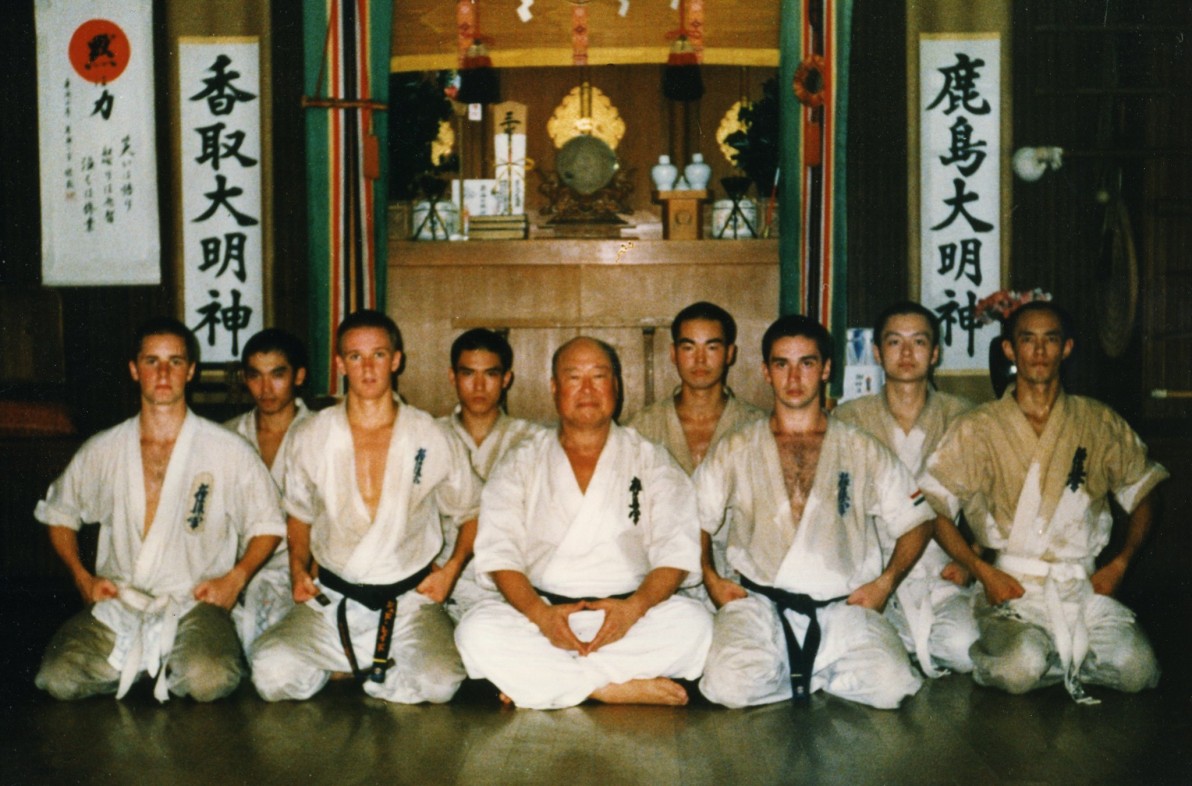 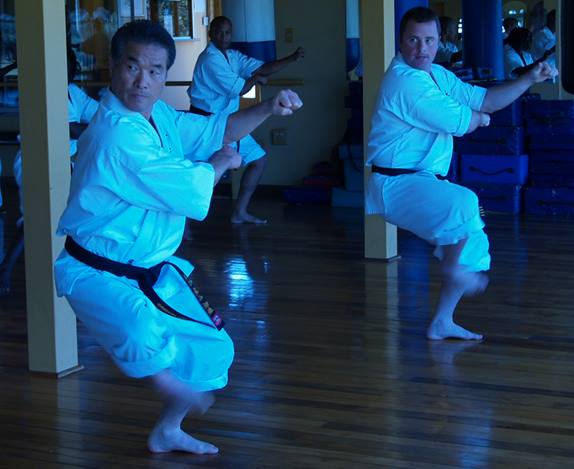 Sensei Ligo (right) has been a student of Kancho Hatsuo Royama (left) for 17 years. 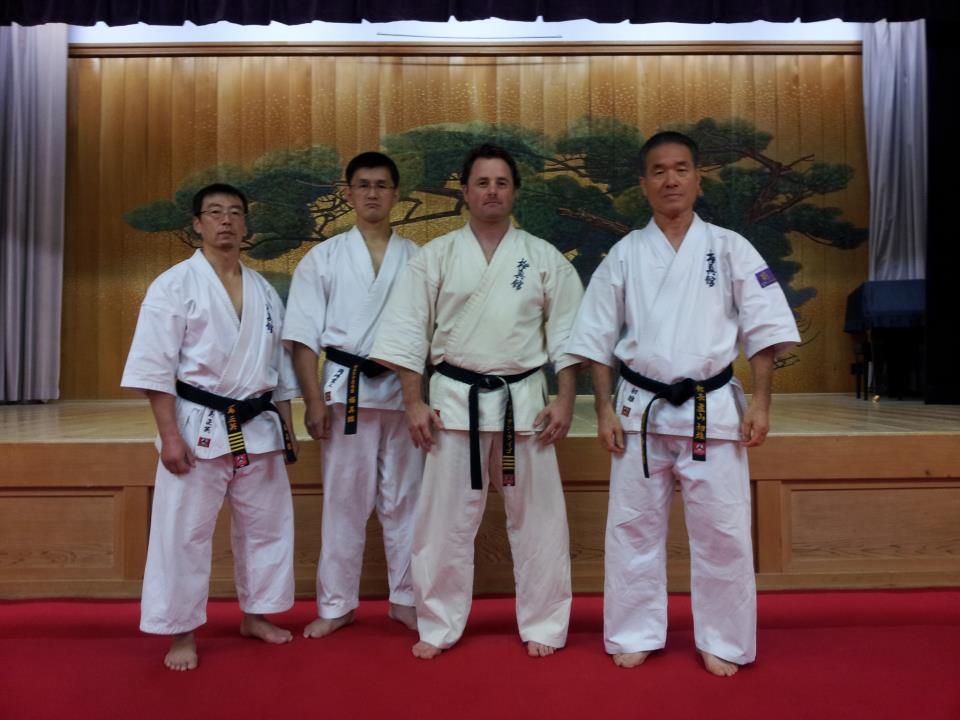 Sensei Ligo (center) with his most significant living instructors, from left to right, Kancho Royama, Soke Okazaki, and Shihan Ishijima.